Visiting Lviv Ukraine: What To See and Do Around Lviv's Old Town 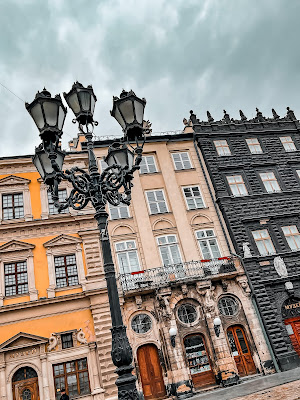 We took a break from our Etsy store and recently visited Lviv, Ukraine, and it's been nice to come back to the city, explore, and see some places that we have not seen for a couple of years.  This was our third time exploring Lviv, and a lot is just how we remembered it!

Lviv is one of my favorite cities in Ukraine.  If you like classic architecture, you are going to love this city.  Lviv is full of some of the most beautiful old-world-style buildings and monuments anywhere.  In fact, Lviv's old town is a paradise for a photographer or someone who just likes to get lost in small brick-lined alleyways with ancient cobblestone streets.

We arrived in Lviv around 8:30 am and were told that the apartment we reserved had its door broken into by the police.  The police had arrested whoever the last guest was for illegal activity of some kind.  Since the door was broken into, we had to find somewhere else to stay.  Being that I had an online class at 1 pm we needed to find something fast!  To make things more difficult, most places had a 1 pm check-in, and I was a bit worried.  However, finding a nice place close to the center was not a problem, and we were able to check-in at 11 am. 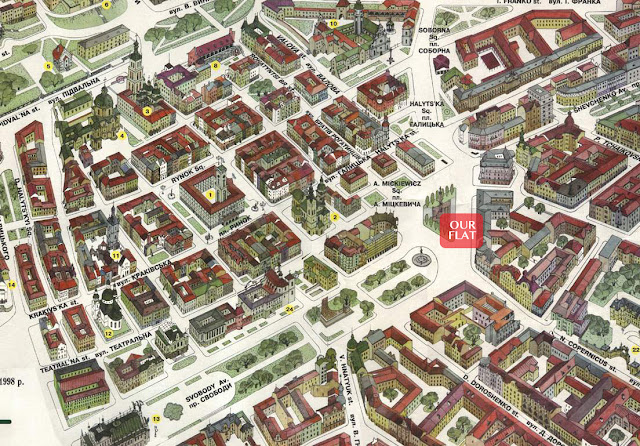 We had a very nice fourth-floor apartment overlooking the old town of Lviv and a park below.  It was close to the Lviv Opera House, which is probably one of the most beautiful and recognizable buildings in Ukraine.  After doing a few online classes, we went out to explore.

It was not long before the rain began to fall and the scene changed.  After popping into the ornate Church of Transfiguration and meandering through the picturesque streets, larger drops of water began to fall.  This was a great chance to get some more "moody-style" images of the city.  We have always visited Lviv in the summer, but it was also beautiful in Spring, with its glistening water-covered streets and dark foreboding skies.  We ventured into the Aremenian Cathedral's beautiuful gated courtyard and reminisiced of the time before, when our daugther took pictures of the monuments and people were everywhere.  This time there was no one else there.  Now the rain began to fall harder as the sky grew black. 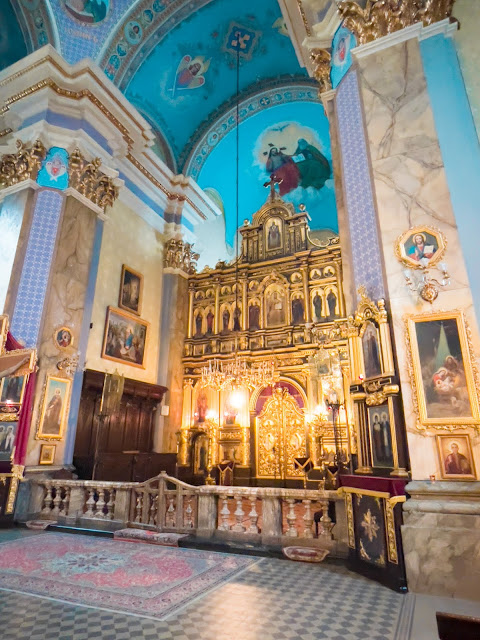 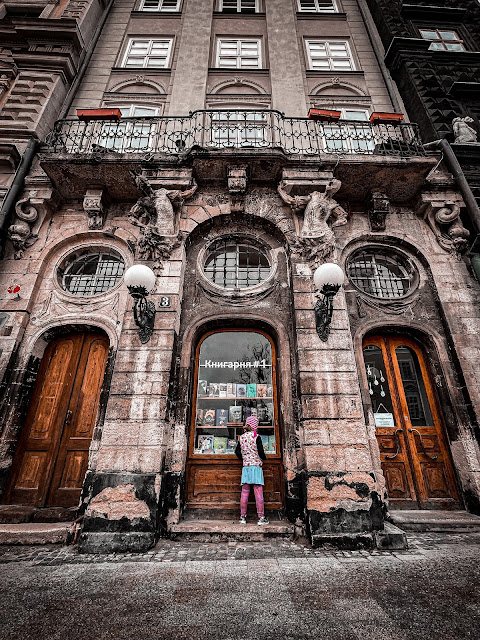 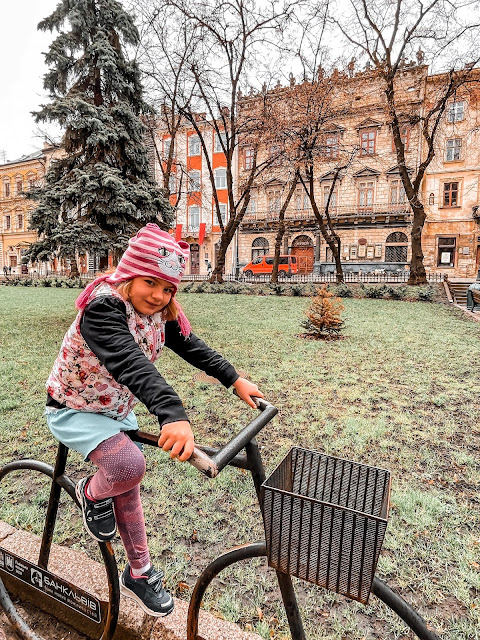 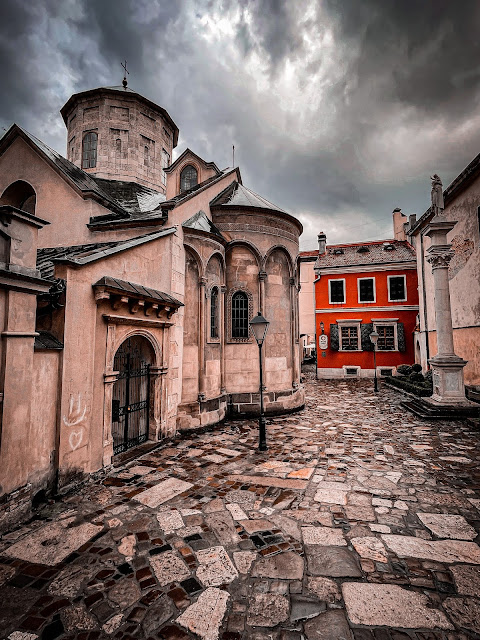 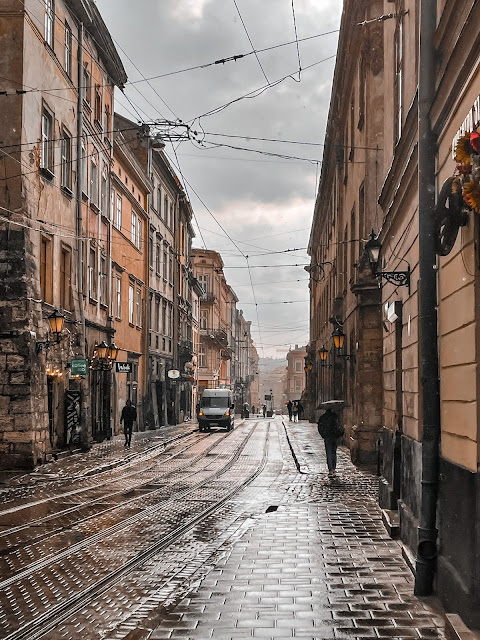 The girls found a place to hide under the columns of the gorgeous Lviv town hall as I braved the storm to see some more of the city and gaze at the ancient-looking Ensemble Church of the Assumption.  This soot-covered church tower is one of the prominent focal points of the Lviv skyline.

The next day we explored a lot more of Lviv, including the park near the Gunpowder tower, a new memorial to fallen soldiers of Ukraine (with a beautiful view of the city skyline), and enjoyed taking photos around the Lviv Town Hall.  We were going to go up to the hill known as Highcastle, with the radio tower and awesome city views, but the rain made it less enticing.  We had visited the tower during the summer and definately recommend going up there if you are in Lviv. 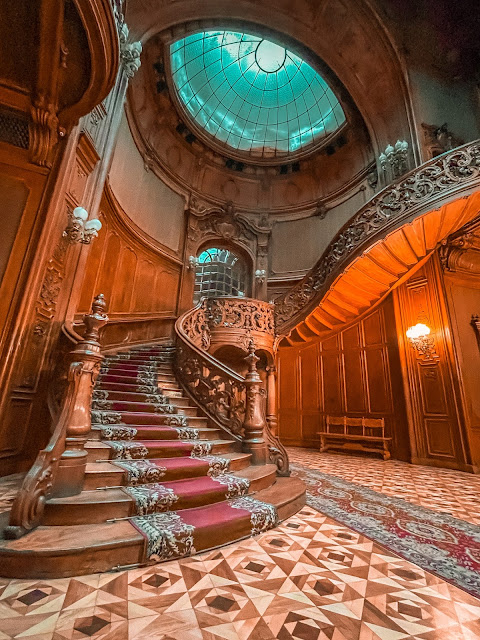 Our friend, Julia, told us about an old mansion that her friend recommended, and I thought this would be a good place to go visit.  Known as the House of Scientists, this mansion was once an opulent casino and now serves as a museum, event space, and place where many films are shot.  The architects of this building also built the Vienna Observatory and Odessa Opera House (which is another spectacular building worth visiting).

The house of scientists is like stepping back into a palace in the far past.  Being that it was low season in Lviv, and that COVID is still a reality, there was only one other couple in the building.  Shortly after we arrived, the other couple left, and we had the entire mansion to oursleves!  This was great, as it made for some excellent photo opportuntieis and made it extra intersting to explore!  The creeking sounds and dark rooms made for a kind of creepy, somewhat moody experience.  It really felt like we were in a time long gone. 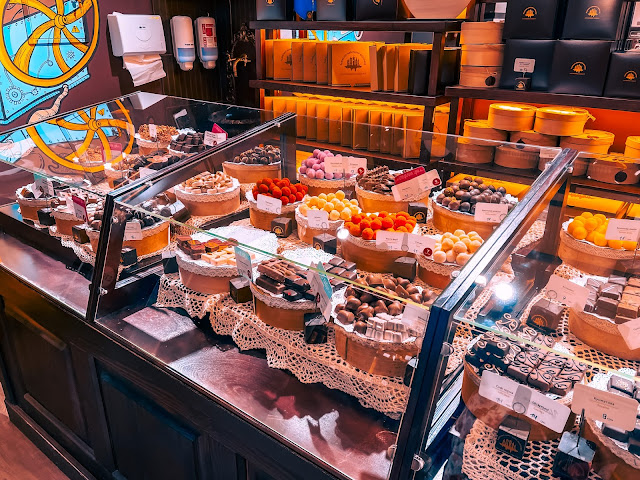 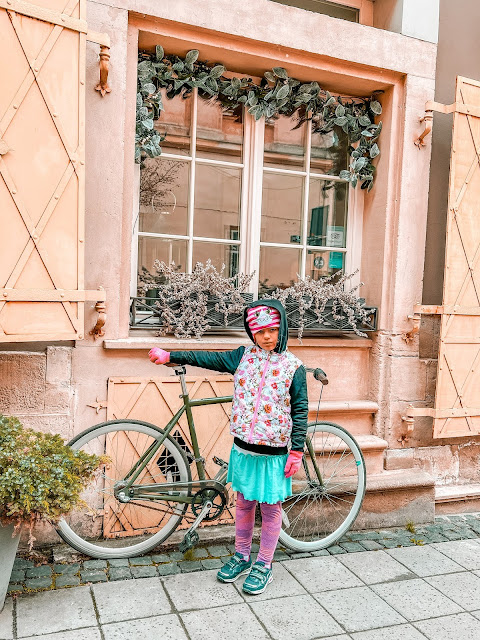 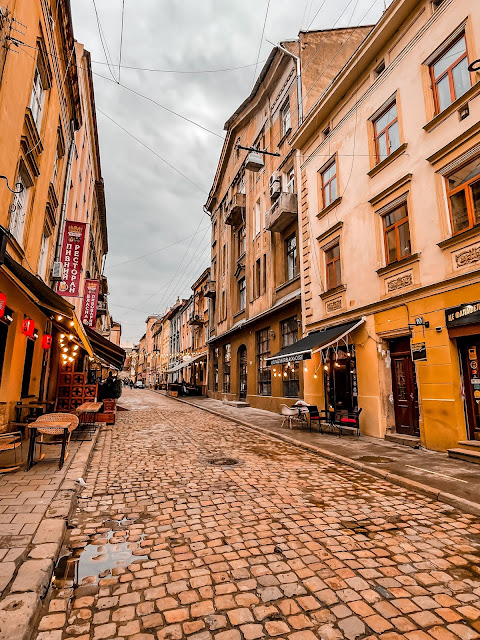 Later in the evening, we ventured back into the old town and visited the famous Lviv Chocolate Factory for some sweet treats and wandered aimlessly, stumbling upon the ruins of an old synagogue and Halocaust memorial.  We continued on a walk towards the massive Roman-Catholic Cathedral of Saint Mary where a local man was selling old badges and pins.  We talked for a while and I purchased a badge that was given to workers who helped with the Chernobyl clean-up efforts.  At this point, it was getting late and we had some packing to do and a meeting with a member of our church, so headed back to our apartment.  The next day we said goodbye once again to Lviv and headed towards Yaremche, a village in the Carpathian Mountains. 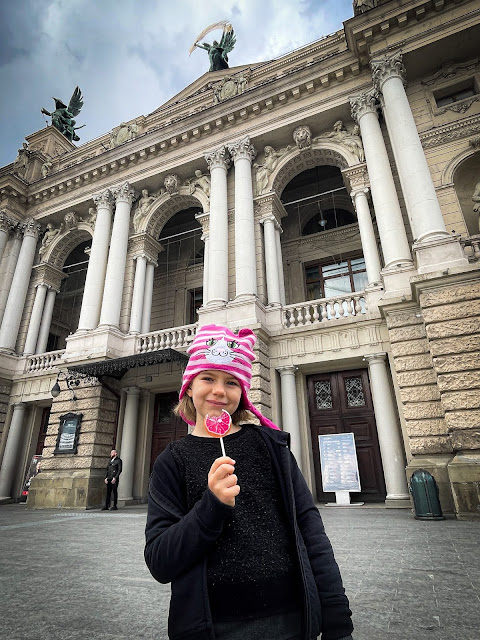 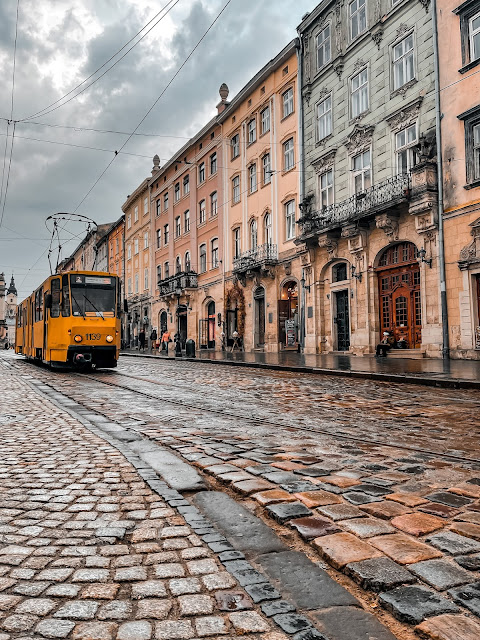 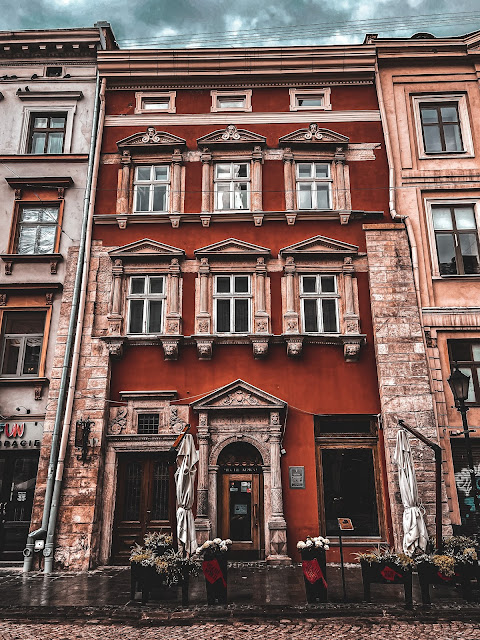 Lviv is a wonderful town in Ukraine, and one of the most visited.  It's located close to Poland (and once was a part of Poland), so it is a good place to visit if you are looking to see some of Ukraine and are in Poland for a trip.  With that said, it's far different than other cities in Ukraine, such as Kyiv, Dnipro, Odessa and other gems like Poltava and Chernihiv.  It's worth seeing though, and there's so much to explore that a week isn't even enough to see everything.
at April 23, 2021