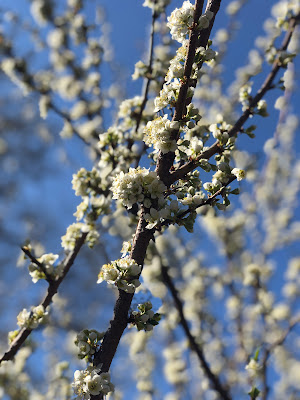 This is our fourth Spring in Ukraine.  When we first came to Ukraine in 2015, we arrived in early March and left in April.  last year, we arrived on March 10th, 2020.  Now it's been one year since we have been here, and Spring is starting again.  Spring is one of my favorite times of year in Ukraine (although Summer has to be my absolute favorite).  The winter is such a desolate time (I don't particularly care for winter anywhere), and to see the trees return to life is one of the joys of being here.

We have decided to spend this Spring season exploring a bit of Ukraine.  I recently mentioned in a previous post how I had taken some time off of work to go out and see some of the countryside.  It has been a long time since we got to go somewhere where we were just surrounded by nature, and we are both craving that.  Lucky for us, Ukraine has some great natural places, especially in the western side of the country.

We purchased train tickets to Lviv and will continue onward to Yaremche, provided that Ukraine does not shut down for COVID.  Last I heard, cases were rising, and that makes it difficult to plan.  I am hoping that in the coming weeks as we head towards the west side, that cases are falling.  Talking to many of my students, there is not much excitement to take the vaccine here, and to be honest, when I mention it, some of my students look at me as if I am crazy.  It’s really everyone’s choice whether or not they get the vaccine, and as for me, I see no reason not to.

Lately, we have been getting out more as the sun has been shining and it’s been warm enough to not have to wear an undershirt, two sweaters, jacket, leggings under my pants, scarf, hat, and gloves.  That gets exhausting, to be honest.  It’s nice to feel the sun on our skin and see the trees budding.  After being inside for so long, it’s really a treat.

We have been to the Carpathians previously.  Two years ago, we visited the city of Uzhhorod (which I wrote about).  I liked this town, as it had a feel of more “classic” Ukraine.  It also had the same “western-style” feel that I love about that side of the country.  Five years ago, when Sephie was two, we were in Mukachevo.  I didn’t have much time to see Mukachevo but remember it as a very pretty little town with a nice castle and a lovely central area.  We took the electric train from Lviv to Mukachevo, and it was a spectacular ride through small villages and lovely green hills with towering bridges over green tree-filled valleys and winding rivers.

Yaremche is located near Hoverla, which is Ukraine’s highest mountain.  I am not sure if we will go try to climb it or go towards the base, but I am honestly quite excited to do a bit of hiking in the area and see nature again. 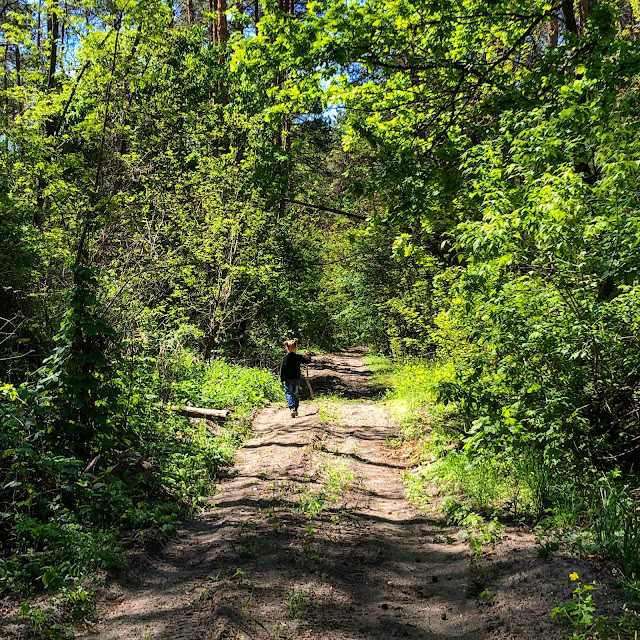 I look at how much Ukraine has changed these last few years.  It has become far more modern than it used to be when we arrived in 2015.  I suppose that's a good thing, as a place rarely becomes a museum.  One of the things that I really loved about this country was how it felt like stepping back into the past.  But, now, I see some technological advances here that I don't even see in the US.  I remember the first time I saw a television in a marshrutka.  And then there are the lights on the street for people to cross when the light turns green.  The express trains are quite modern as well.  I see many new, modern-looking buildings coming up in both Dnipro and Kyiv.  Yes, things here are changing.  In a previous post, I wrote about how many of the students have changed, as well.  There is a bigger "middle class" that's present now.  This has brought some big changes.  I think that part of it is that there's a want to separate from the past.  Five years ago when I visited Dnipro, Park Globu was the place to be.  It's the central park in Dnipro.  Now, it's considered an older park.  Most of the students don't admit to liking it.  It reminds them of the past.  Now Green Grove and Park Shevchenko, both recently modernized parks, are the hip places to be.

I think that I feel a bit of nostalgia for a Ukraine that doesn't really exist anymore.  It is good for the local people that their country is "catching up" to the west.  It's good to see progress.  Clean parks, smooth streets, nice buses and trains, modern buildings, big malls, and versatility in food is great.  With those things, the prices have also risen.  That's the cost of change.  At the same time, I wonder if part of the soul that made Ukraine somewhat unique has been lost.  I see far less of the old women selling vegetables, meat, and cheese on the sidewalks.  The same with the people who sold kvas and piroshki.   Chain supermarkets are replacing farmer's markets.  More people seem to be driving.  Western-style businesses and hip dining establishments are taking over many traditional Ukrainian restaurants.  People everywhere crave the exotic, and what's popular elsewhere.  I honestly think there are more sushi restaurants in Dnipro than traditional Ukrainian restaurants.

Ozerka, our city's main marketplace, is not as busy as the malls.  Many of my students claim to not like this place.  For me, this is the kind of place that I loved when I first visited Ukraine.  It's sad to see the middle and upper-class people turning their backs on these things.  But, I think of the United States, and this happened in many places as prosperity grew.  Now, farmer's markets are making a come back, but are often seen as a "luxury," with prices higher than average stores such as Wal-Mart or the supermarkets that are filled with the masses. 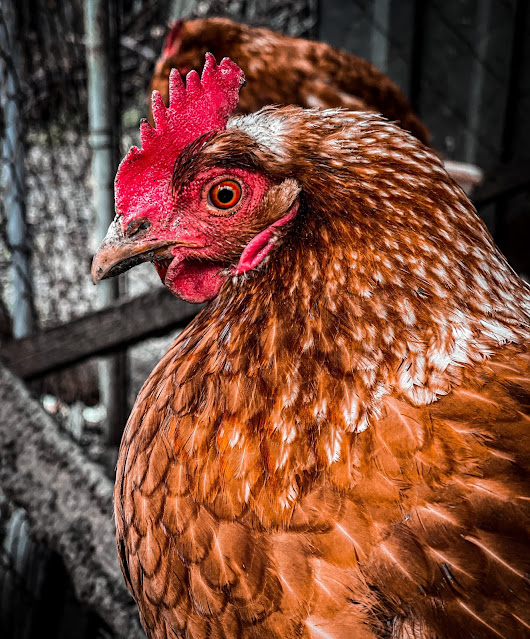 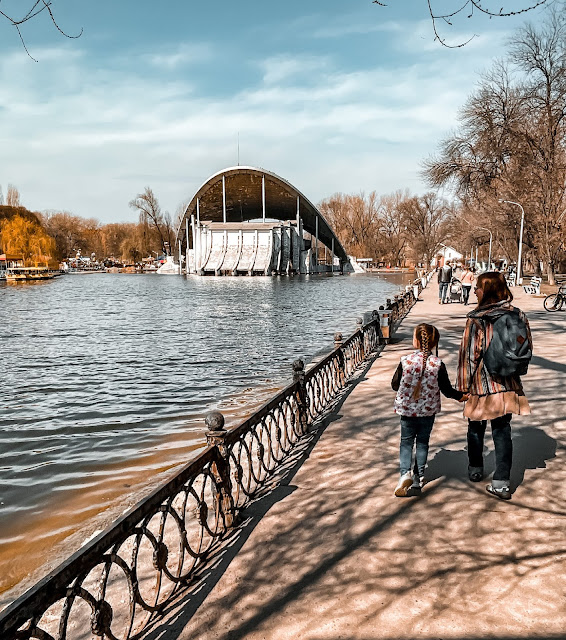 Spring is a time to reflect on the change that is happening.  Every year, things change.  I think about the last five years and the changes that have taken place.  Now, Spring brings with it the hope that COVID19 is on its way out.  However, the current reality in Ukraine is that COVID19 is very much here and may be here for a while.  Yet, there's always hope for the summer and the future.  The trees and flowers bloom, showing that life prevails.  The sun shines and a new warmth brings forth flowers and leaves.  Ukraine will continue to change like everywhere else.  Nothing stops.  Each year there is more change that takes place.  I look forward to the changes that will come in our lives.  My daughter is no longer a baby.  We are no longer who we were two years ago when we lived in Egypt.  Ukraine is no longer what it was in 2015.  Spring is a reminder of that.  Now I look forward to seeing what will become of this year and rest in the hope that good things are coming.

Email ThisBlogThis!Share to TwitterShare to FacebookShare to Pinterest
Labels: Ukraine