We are now in India, and it feels very good to be here. We rented a car and drove from Spokane, through Portland, and to Sea-Tac (near Seattle). It took all day. The next day we flew to Singapore in the back row of the plane and it was very nice. We flew with Singapore airlines.   When we arrived in Singapore, we passed over Batam, Indonesia and saw many ships as the plane landed.  It brought back memories of us flying from Singapore to Phuket over a decade ago.  It was during the evening -the time of sunset - and I remember seeing all the ships lit up as we took off. 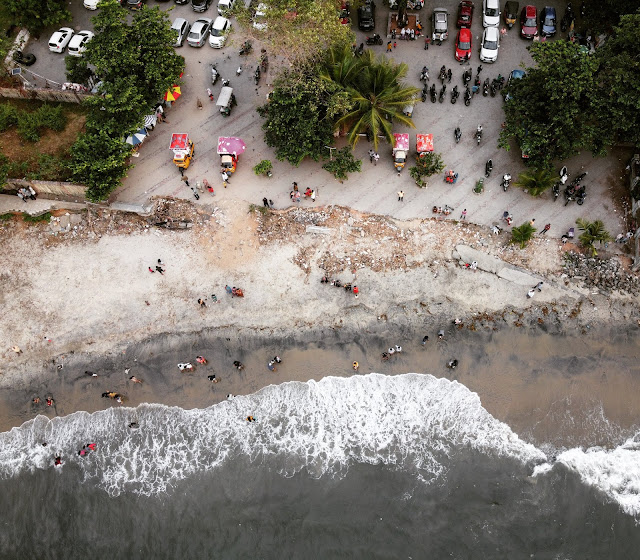 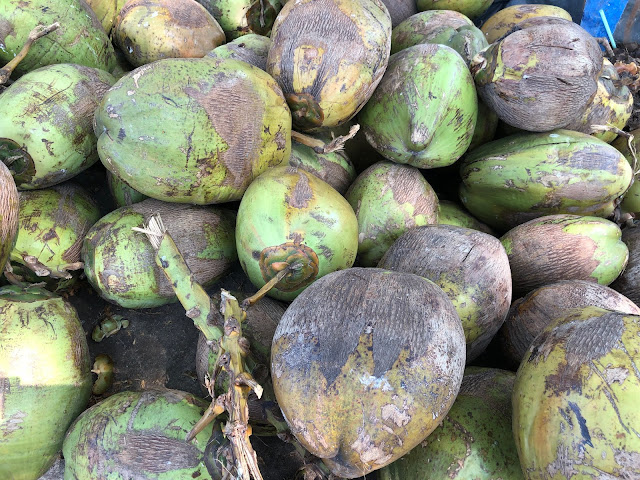 After changing planes at Changi Airport, we flew from Singapore on Silk Air to Kochi. We arrived late and Julia met us at the airport (she was in a different terminal). We got to our hotel late. The next day we walked around a bit and we came home very tired around 3 pm. We ended up going to sleep and woke up around sunset, but we were too tired to go out. We decided to go to bed, as Sephie was already in a deep sleep and I felt extremely tired. We woke up around 1 am and were pretty wide awake. Sephie did not want to go back to sleep, but we were all able to do so. 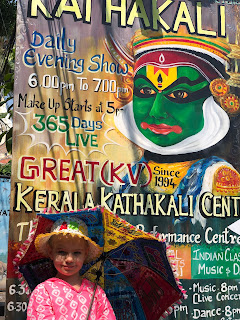 I flew the drone a bit after some trouble updating the firmware. It was nice to see Kochi from such a different angle. Today is Friday and we have to get ready for Sabbath. Tomorrow is our last day in Kochi, then we will go to Alleppey via bus. We are trying to be more budget-conscious on this trip. I think that the breakfast yesterday was around 400 rupees, and for lunch we had coconuts. They were 45 rupees each (we got 3). We also got some ice cream things for 20 rupees each. That was all we ate.  It seems that the heat combined with us being tired makes it harder to want to eat.  Yet, that works for us, as we save a bit of money that way.

I am not outside in our homestay, and the light of the sun is coming out.  We are staying at a homestay in Fort Kochi called Lavender Homestay.  It's not bad.  There has been some confusion over the price, and we have not worked out all the specifics as we have all been busy.  We originally reserved two rooms (one for us, and one for our friend, Julia), but since we arrived so late, and since there are some language barriers, we ended up with one room with three single beds stuck together and a mattress on the floor.  It's not bad, but they seem to think that the price should be higher than what was quoted on Booking.

When we arrived at our homestay, we saw a huge spider.  It is definitely one of the largest spiders I have ever seen, and the largest I have shared a room with.  It was late, but we woke up the host and asked him to get rid of it for us.  I didn't even go look at it, but I had Beverly take a picture of it for me so I could see it when it was gone.  I don't know what I would have done had I discovered it.  It was behind a curtain in the room next to the bathroom.  That thing was ugly!  I hope we don't see any more of those spiders while we are here in India.

It is nice being here in India.  Lately, I have felt trapped by winter and not going out much.  It was such a strange feeling for me, and I did not like it.  I am glad that's all in the past now.   It is good to move on.  It is good to see new things.  To expand one's mind.  It is great getting out of one's comfort zone.  Yet, the more I travel, the more the world seems comfortable in a sense.  There is less that shocks or tickles my senses, so to speak.  It is different than the first time I set foot from the United States.  I know what to expect now, and the world seems to become more homogenized.  I even noticed this when I was in Kyiv, Ukraine in 2019.  It was far different than when I was there in 2016.  Technology is making the world seem more or less similar no matter where you go and having traveled extensively, it seems that the exotic becomes harder and harder to find.  Yet, I will still search for it.  I believe there are some places left that have that real feel of the exotique.
at January 20, 2020